IMDb: 8.3 2013 519 views
A gangster family epic set in 1919 Birmingham, England and centered on a gang who sew razor blades in the peaks of their caps, and their fierce ...
CrimeDrama

IMDb: 6.2 2003 115 min 360 views
The dynamic duo of Chon Wang and Roy O’Bannon return for another crazy adventure. This time, they’re in London to avenge the murder ...
ActionAdventureComedyWestern

IMDb: 6.2 2011 97 min 512 views
A tough, renegade cop is dispatched to take down a serial killer who has been targeting police officers.
ActionCrimeThriller

IMDb: 7.4 2014 100 min 377 views
After he is threatened during a confession, a good-natured priest must battle the dark forces closing in around him.
Drama

IMDb: 6.8 2018 142 min 500 views
Thomas leads his group of escaped Gladers on their final and most dangerous mission yet. To save their friends, they must break into the ...
ActionAdventureFantasyFeaturedMysteryScience FictionThriller

IMDb: 8.0 2016 106 min 405 views
A boy growing up in Dublin during the 1980s escapes his strained family life by starting a band to impress the mysterious girl he likes.
ComedyDramaMusicRomance

King Arthur: Legend of the Sword

King Arthur: Legend of the Sword

IMDb: 6.8 2017 126 min 361 views
When the child Arthur’s father is murdered, Vortigern, Arthur’s uncle, seizes the crown. Robbed of his birthright and with no idea who he truly ...
ActionDramaFantasy

IMDb: 7.6 2017 45 min 15 views
HBO’s animated history of Westeros brings to life all the events that shaped the Seven Kingdoms in the thousands of years before Game of ...
AnimationFantasyTV MovieWar

IMDb: 6.3 2015 132 min 362 views
Thomas and his fellow Gladers face their greatest challenge yet: searching for clues about the mysterious and powerful organization known as ...
ActionFeaturedScience FictionThriller 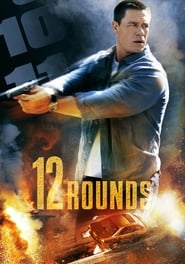 IMDb: 5.6 2009 108 min 8 views
When New Orleans Police Detective Danny Fisher stops a brilliant thief from getting away with a multimillion-dollar heist, the thief’s ...
ActionCrimeThriller