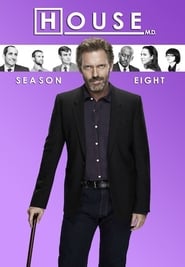 Last season, House and Cuddy finally decided to take their relationship to the next level, but struggled to find a balance between their professional and personal lives, and ultimately, Cuddy made the very emotional decision to end their relationship. As each of them dealt with the aftermath of the break-up, House got married to an immigrant in need of a Green Card. In the series’ milestone 150th episode, Thirteen was released from prison after euthanizing her brother who was suffering from the late stages of Huntington’s Disease, the same disease with which she is afflicted. As the season comes to a close, when House’s attempts to mend his relationship with Cuddy fall short, he’s compelled to take drastic and possibly irrevocable measures that could forever change the course of their relationship.