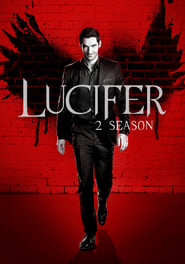 In Season 2, Lucifer and his brother, Amenadiel, who have been sparring over Lucifer’s resistance to returning to the underworld, will now be brought back together for one common goal – to find their mother, Charlotte, who escaped Hell. Lucifer’s work with the LAPD also is upended when the police force hires Ella Lopez, a smart, tough forensic scientist whose mutual belief in both faith and science proves a point of interest to Lucifer.