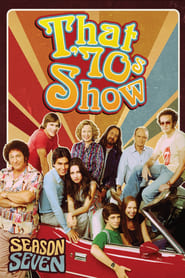 This is the last season to feature Topher Grace and Ashton Kutcher as regulars. Grace leaves the show at the end of the season to star in Spider-Man 3, and Kutcher to star in The Guardian. However, Kutcher appears five times in the next season as a “Special Guest Star”, and Grace makes an uncredited cameo in the series finale.

Note: All episodes are named after songs by The Rolling Stones.